Hey guys!  So here are my 3(er..well) favorite captions from this week!  I think this is the hardest time I've had (so far) picking only three, because all the captions were great!  And since I had so much trouble, I had to go with four!  Since it's my first week, I figured it wouldn't be a big deal if you had to decide between four! :)  The poll will be linked below! 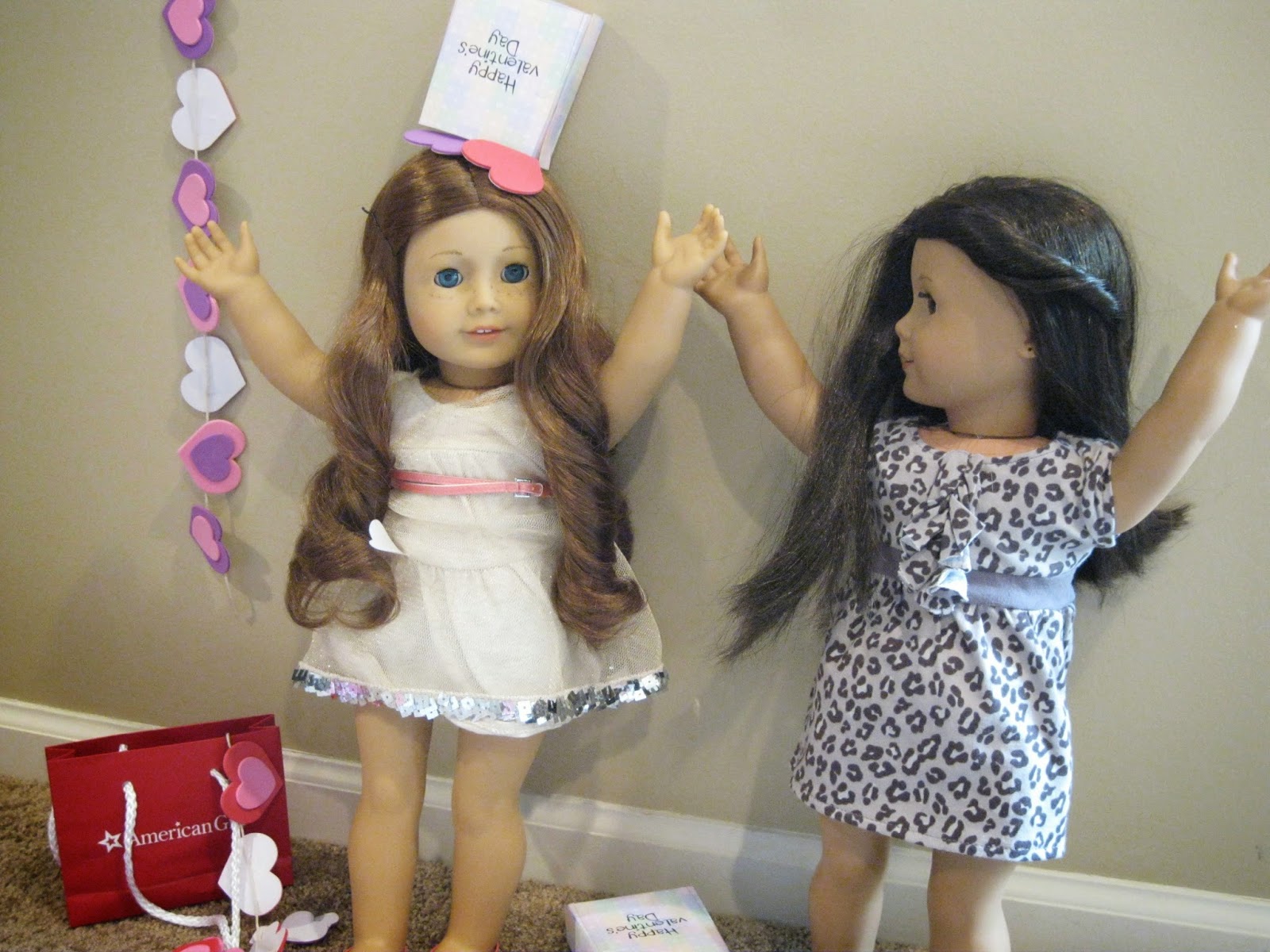 The first caption is, Madison's caption! :)

Mallory: SAIGE! The Valentines party is supposed to be perfect! You are RUINING IT!!!!!!!!
Saige: But...but...but..
Mallory: UGH! You are SO disappointing. On so many levels. *flounces out of room angrily*
Saige: But the Valentines Day party ended! I'm taking the decorations down because it's all over!

The second caption is Anonymous A's! :D
Mallory: SAIGE! YOU TOTALLY RUINED MY FAB PARTY! HOW DARE YOU?! I LIKE, TOTALLY WANTED IT TO BE LIKE, PERFECT! UGH!
Saige: Mallory! It's not my fault you knocked the decorations down!
Mal: Uh, Moi? Knock something down? I don't think so darling!
Saige: Ugh!

The third caption is Katie's
Saige: Ugh! My dress is too poofy! This Valentine's day party was supposed to be the best! You ruined it with your disco music!
Mallory: It's fine, I love it! And, I love disco music. Who doesn't?
Saige: I wasn't talking to you! This dress doesn't fit me right. By the way, no one likes disco music.
Mallory: Uh, well, who were you talking to?
Saige: HOPE! SHE'S THE ONE TAKING THE PICTURE! Ugh.

And lastly, Sophia's caption!
Mallory: Okay, who did it?
Saige: I don't know, but I do know it wasn't me! *fidgets with dress nervously*
Mallory: Saige! You ruined it!
Saige: Uhm, oh, I heard the oven! Your cookies are done.
Mallory: Cookies! What were we talking about?

Here's the link to the poll! :) http://agdsctdp14.questionpro.com
Good luck girls!  Winner will be posted Saturday!
~Hope~
Posted by Unknown at 4:02 PM